byKevin McMahon, Director of Marketing, Communications and Development at CCGC 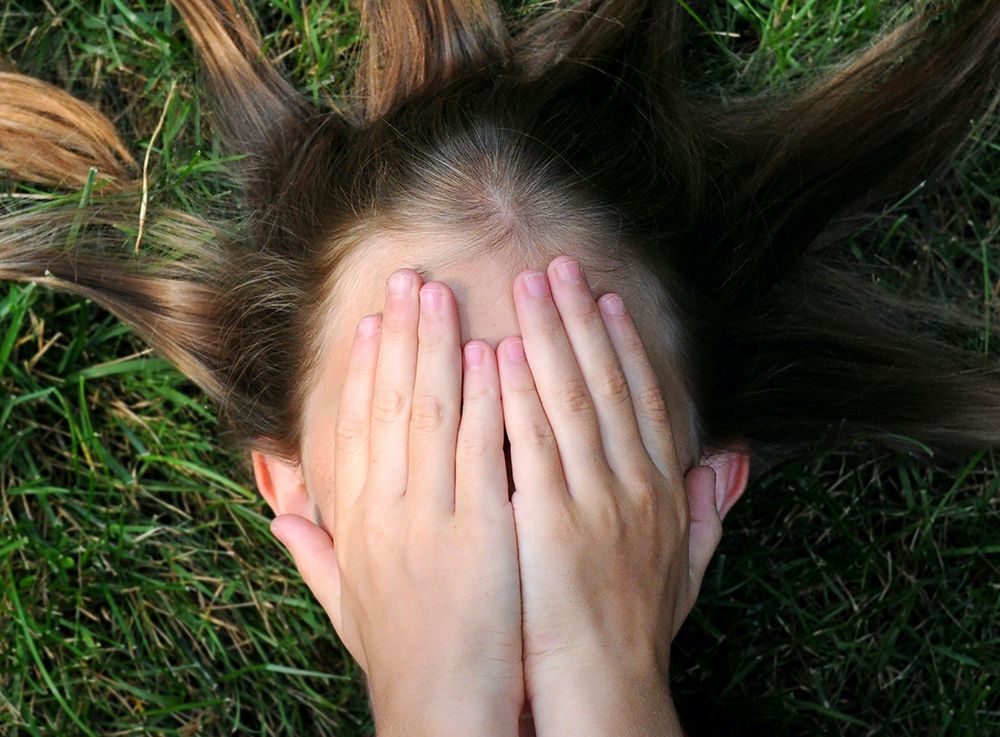 My wife and I both struggled with anxiety, so we figured that our kids would most likely deal with it at some point in their lives as well. We just never thought it would start when our oldest was only in first grade. However, looking back, there were some signs early-on that, in the moment, we just chalked up to normal toddler behavior.

While extremely outgoing with family members, Avery has always been very shy. For instance, when we would go to our friend’s house – somewhere she had been and had fun at in the past – she wouldn’t want to leave our side. The other kids would come over as ask her to play, and she would ignore them, squeezing my wife’s or my leg harder. “What’s wrong with Avery?” they would ask, and we’d respond with the typical, “She’s just a little shy; she’ll warm up soon.” While this may seem like a familiar experience for many, what would take some kids 15 minutes to overcome would take Avery and hour or two. It was like clockwork, 30 minutes before we’d leave she’d start playing with the other kids and then would be so sad that we couldn’t stay longer.

Then there were the times that she would not let us put her down at dance practice, clinging to our clothes and hysterically crying, because she didn’t want to go in. And this wouldn’t be the first class, but halfway through the season. We never understood what could have changed from the previous week, where she had been perfectly fine, dancing with her friends.

Sometimes it’s a loud noise that gets to her. We’ve been going to the same 4th of July parade in Massachusetts since she was born, and each time, Avery spends most of it with her fingers in her ears – almost more worried about the noise than having fun with her friends.

The time for kindergarten came, and everything seemed to be going smoothly as we all prepped for the first day. Avery had met her teacher and knew some of the kids that would be on the bus. We had talked through what to expect and she was very excited to be a “big kid” going to school. However, that first day was a nightmare. She was waiting for the bus in our driveway with a couple of kids from up the street. They were laughing and playing, and everything seemed fine – even as the bus pulled down the street. My wife and I held her hand as we walked towards the door, but only a few feet away, she froze. It’s like the dam that had been holding all of her emotions back, burst. The calmness that she had been displaying was gone in an instant.

Avery is a very smart kid, reading well above her age and understanding math problems. She has been selected as the student of the month in her class, and she a wide group of friends. Over the years, we’ve learned how to get through these types of situations as best as possible, thinking that one day she’d just grow out of it. However, a few months ago, Avery started talking about how her stomach was hurting one night after school. Just a stomachache, right? The next day, same thing. Then she asked my wife if her stomach ever felt weird. Over the next hour, Avery explained how she was worried a lot about different things. Did she remember to do her homework? What if she got certain things wrong? Was her teacher going to be mad at her? Her friend wanted her to play something at recess, but she wanted to do something else. Was her friend not going to want to play with her anymore?

We were completely dumbfounded with the number of thoughts that were swirling through this 6-year old’s head. And we were afraid because they were starting to take a physical toll – a feeling that we both knew too well. The next day we called her teacher to make her aware of what Avery told us, not to complain, but to see if she could keep an eye out. Of course she agreed and over the next couple of weeks, she would fill us in on some of the things she was seeing, and the number of times Avery was complaining about her stomach. At the same time, Jen and I were having daily talks with her to see if there was anything worrying her as a way to ease the valve on the pressure cooker in her head. We are a very open family and had always asked about her day, but we started to notice that she was voluntarily telling us some of the things that were bothering her. And she started to feel better getting it off her chest.

Looking back, we see that Avery has always had some level of anxiety, she has just been very good at masking and internalizing her it. Aside from some lingering separation issues, she is concerned with letting others down. As her parents, it’s our job to continually work with her through these feelings, while also helping her manage the expectations she puts on herself. We are also very aware that this will not be the last we see of the anxiety monster. As she gets older, it will manifest in other ways, and we will have to work through those, being sure to provide the support and help that is needed.

The point is, we are trying our hardest to make sure that anxiety doesn’t hold either of them back, like it did my wife and I, from experiencing things in life. Growing up, anxiety was just referred to as “nerves” and you were weak if you couldn’t control them – which only added to the negative feelings. It doesn’t have to be this way any longer, and we can all do our part to help kids overcome challenges to the best of their ability. Children’s mental health is a serious topic, and we can’t just hope that if it’s ignored, it won’t exist.