Ask Dr. G- How to parent an inconsiderate child? 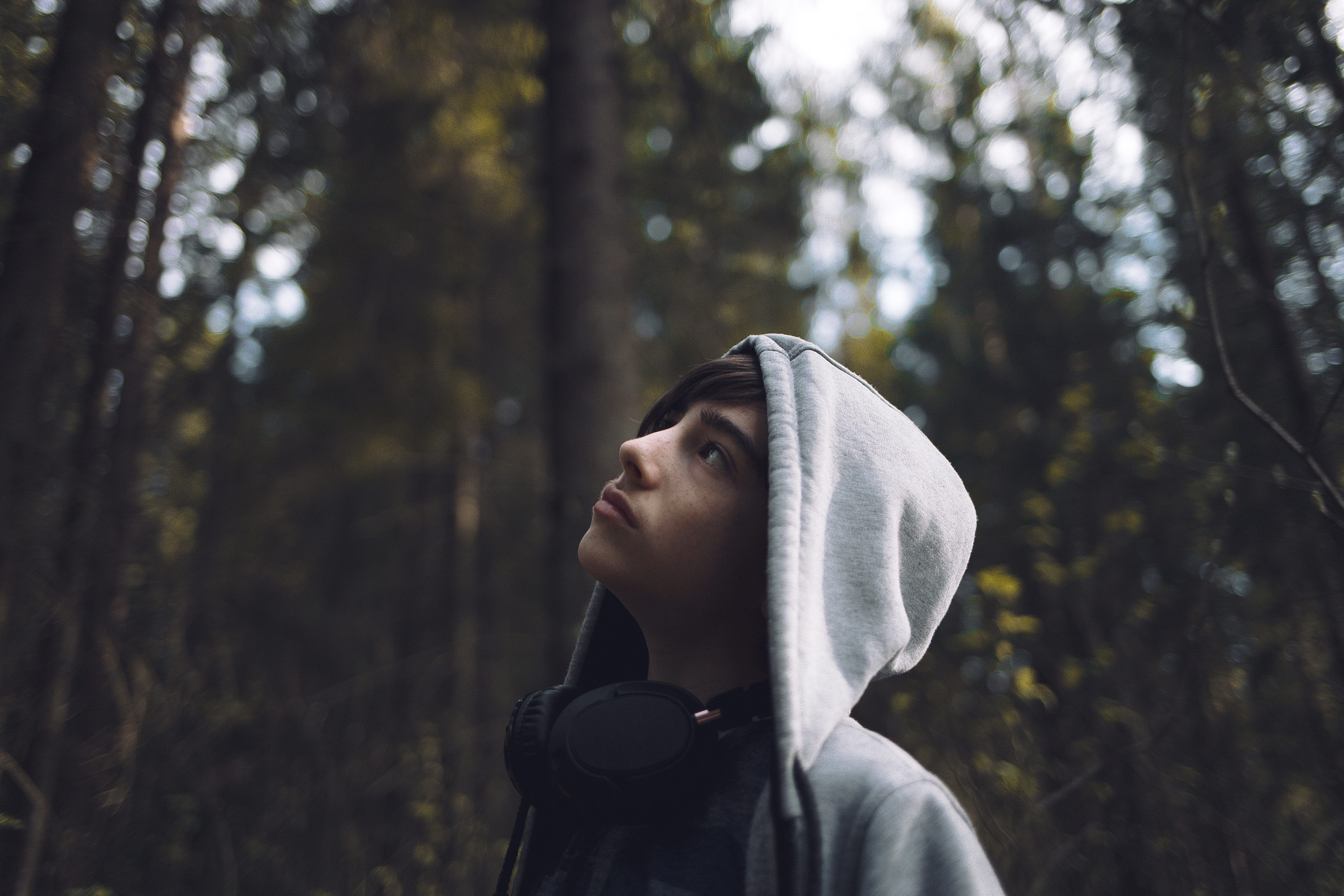 Below is a question sent to us via the “Ask Dr. G.” page on this site. The parent who asked the question would prefer to remain anonymous and was only asked to provide the question itself and no additional information.

“What would you recommend for a nosy inconsiderate, non-appreciative child who doesn’t say hello to people when they walk in and won’t answer a question when asked sometimes and is just overall rude and embarrassing in front of people and at home…please help me.”

Disclaimer:
Although I have given this question a lot of thought, there is no substitute for coming in and talking to me (or anyone else with experience and expertise) about the problem. I don’t mean to use what follows as a “recipe” or a simple solution. What I will say is just meant to be a starting point.

The first thing that strikes me about the question, and may have already struck you, is how upset this parent is with this child. If you never get angry as a parent, you’re a better person than me. Anger is common when you raise kids. While sometimes it can’t be helped, it’s hardly ever a useful stance to take in a relationship. But I have to say that, as a child psychiatrist, I think I’d rather hear from a parent who is angry than from one who is disinterested, or “checked out”. At least I know the angry parent is not happy with the situation, and that this unhappiness is usually because they think things should be better, and also because they want things to be better.

So, here’s what we can understand from the question:

Please notice that, in talking about the question, I have changed it a bit. I have made the question about the parent-child relationship, and not about the child or the parent. I hope it makes more sense this way. Because otherwise, there is no real answer. There would be no recommendation I could make that would focus on one part of the conflict (the child) apart from the other (the parent).

So how can we begin to approach this situation and give this parent a sense that we have some understanding?

There is a really important question that we that we have to ask:
How old is this kid? These sound like problems that would belong in a relationship with an adolescent. If these are happening with a 10-year-old child, it might mean more of a problem (and we’ll get to some of those solutions in a moment). Regardless, a parent’s expectations would be (or rather, should be) different, depending on the age of the child.

Let’s say, for the sake of argument, that this child is mid-adolescence.
There are many problems that arise from adolescence. Children feel that they can and should do more things independently. But at the same time, they may actually be afraid of the new responsibility that comes with that independence. So many kids this age are stuck between the push for more freedom and the sense that getting older and doing “older” things could lead to failure or embarrassment. And when you are stuck between two opposite feelings, you tend to either remain stuck and not move on, or you take your frustration out on the people around you. And so often, parents bear the worst of this anger and acting out, because they come to represent the two sides of the dilemma: too much or not enough independence.

So, if a child feels their parent is “pushing” them to be more of an adult, then its quite possible the kid will rail against this because they want to avoid responsibility. This fight not to take on responsibility can include behaviors like avoiding mature social interactions, or not acknowledging others. And if a parent expresses the need to NOT have the child change, then the child feels they have to push against that, and rebel against all authority. A kid is balancing these two opposing views- stay a kid or become more grown up – and if a parent jumps too hard on one side of this see-saw balancing act, the kid will tend to move to the other side, because that will balance things again.

The trick for any parent is to understand both sides of their adolescents’ dilemma…
….and to communicate to the child that they do understand – a parent has to be able to stand in the middle of see-saw with their child and let the kid know that adolescence is not easy, that you will help them feel better about resolving it without upsetting the balance too much.

Strategies that work with children from 3 to 6 years of age don’t work so well with kids who are from 7 to 11, and again have to change when they hit adolescence (and adolescence hits back). I often tell parents of an adolescent that they have to go from over-the-shoulder parenting to a more administrative approach, such as what a good boss might expect from a good worker. That means putting out realistic expectations that you both agree are reasonable, and then seeing if these are met. If they are not met, then both child and parent (“worker” and “supervisor”) have to go back to the drawing board and rework them.

Now, let’s get back to some of the words used in the original question.
Because regardless of the child’s age, there are some things we can always keep in mind when you have a child who is:

A good way of understanding someone is to think back about times when we have felt the same way.

I’ve been “nosy” a bunch of times.  Something is said that triggers my anxiety. It may have touched on something I’m already anxious about. It could be something I am anticipating, or dreading, or something that has just happened that has had some sort of emotional impact on me. So, I hear some mention of the issue, and I am nosy. I want to know.

Example: gossip can draw me in. How many times have you been standing at the supermarket checkout and seen a headline on the National Enquirer, or Cosmopolitan, or Vanity Fair? I want t see more. I’ll even pick up the magazine if the line is long enough and hunt for the article. Just nosy I guess.

Given these possibilities for being nosy, it may be necessary to wonder if the child has too much power in the parent-child relationship, or if things are discussed that make the child anxious, or worried, or excited in anticipation.

I’ve been inconsiderate a bunch of times. How many of you have been in a rush, in traffic, late for an important appointment? I have cut people off. I have not let people merge into traffic in front of me. That’s inconsiderate, and, in a better state of mind, with less pressure or anxiety I can see that. But in that moment, it’s difficult to see that as inconsiderate, as it feels that you have no choice. It’s not an excuse, because it’s still inconsiderate, but it’s a way of understanding so that you stop seeing it as a personal affront to you. Because once you see it as insulting or disrespectful to you, your options for dealing with it tend to vanish into anger.

What are our expectations about a child’s appreciation? How do we express appreciation? I don’t know about you, but I am frequently appreciative of things – presents, compliments, whatever. But I am sometimes at a loss to communicate this. Sometimes you just can’t find the words, or you’re embarrassed to express them.

Other times, it takes me a while to even recognize that someone is doing something nice for me. Maybe it’s just me. I hope not. But it could be. But either way, my point is that this is an error of omission, not an absence of appreciation.

And yet other times, someone gives me something that they clearly value, but that I don’t find that valuable or helpful (“thanks for that lovely sweater, Aunt Mildred”). Sometimes words fail at times like those.

Similar situations can come up about some of the other concerns voiced in the question. Some things that we see as rude are the result of a kid not having the words, or the social confidence, or the social skill to state things in a straightforward fashion, or in a diplomatic fashion, if need be. I don’t mean to say that there aren’t other possible reasons. Anger and rude behavior can go hand-in-hand as well, and that also needs to be explored.

My point in all this?
Again, please understand that whatever I have said in this answer cannot replace an actual conversation. Any legitimate answer to this question would require more information, more willingness to explore possibilities. And continuing to believe that parenting and being parented are equally difficult tasks.

Our ultimate goal is to have a better relationship with our child, to begin to understand the other person outside of the conflict between the two.  As adults, with decades of experience behind us, we have to be the ones to model how to understand another person, how to continue to have a positive regard and affection for the other, how to behave when another hurts our feelings, how to admit mistakes gracefully.