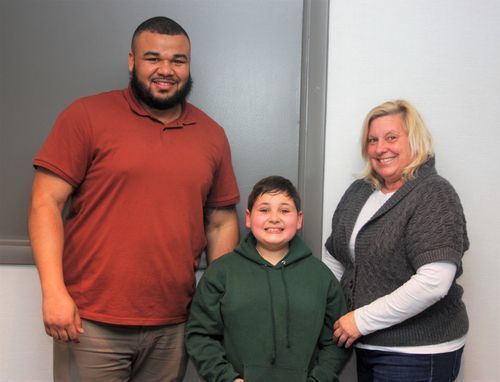 Ten-year-old Dominic has a big smile and fun-loving personality. He likes superheroes, playing with friends, and, since coming to Community Child Guidance Clinic, he has even started to enjoy gardening. However, it has not always been this way for the bright-eyed happy child. Dominic was born addicted to Methadone, and he has struggled with a variety of mental health disorders including ADHD, depression, mood regulation, and anxiety for most of his short life. And sadly, even though he received a diagnoses early on, it would be years before he would finally get the help he needed to improve his behavior and lead a happier, more fulfilled life.

Before coming to CCGC, Dominic had a very difficult time in a public school setting, and due to his mental health challenges, was often overwhelmed. Many of Dominic’s teachers did not have any specific training or experience when it came to working with students like Dominic, when he would start having a behavioral breakdown they were unable to settle him in a safe way or help him to work through his difficulties. In mainstream classrooms, resources for dealing with these kinds of episodes and outbursts are extremely limited, and there are rarely extra staff available to help in a crisis. Over time, he was labeled as a troubled child, and the school became less and less willing to “deal with him.” Dominic began feeling “less than” the other children, and Jodi, Dominic’s Auntie, could see his pain and frustration growing.

Jodi tried working with the teachers and administration, but like in most public schools, when a child acts up and poses a risk to others, they are simply removed from the classroom. Soon Dominic was spending more time at home then he was in school, and his academics, as well as relationships with teachers and classmates, continued to suffer. At the same time, he was not learning how to deal with his feelings or control his outbursts.

“A child doesn’t understand what an anxiety attack is. They don’t know how to inherently cope,” said Jodi. 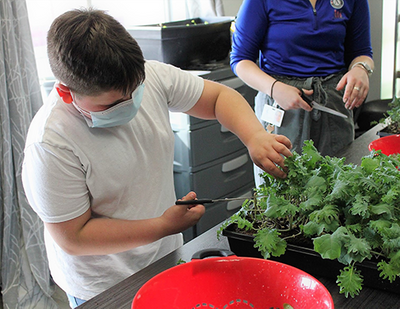 So they started looking for alternatives, and with the help of the South Windsor Public Schools, they found a solution in CCGC School. The transition was difficult at first because neither Jodi nor Dominic knew what to expect. However, this changed quickly once Jodi saw how great the staff were at working with children like Dominic. Within just a few months, Dominic had connected with his teacher and clinician, and once he started to feel safe Jodi began seeing improvements.

She also noticed how the school works with Dominic through his meltdowns. Instead of being shunned or sent home, they work to deescalate and refocus him so that he can have a successful day. They also work together on building the skills needed to control his feelings so that he can enjoy any number of activities and get along with others safely in a variety of settings. Jodi no longer feels that Dominic is being labelled, but instead is being treated as an equal with his other classmates.

The staff at the school have also made it easy for Jodi to stay involved in Dominic’s schooling and treatment, and she never feels out of place asking questions about his progress. “The only thing I want for Dominic is for him to be happy and successful. CCGC has been a huge part of that and a huge weight has been lifted,” said Jodi, “Things are so much better than they used to be – even at home.”

There is still a lot of stigma surrounding mental health, especially when it comes to children. However, as Jodi recommends, “Look into every opportunity to get the help and resources your family needs. Don’t be ashamed, because in the end, it will be your child who suffers the most.” 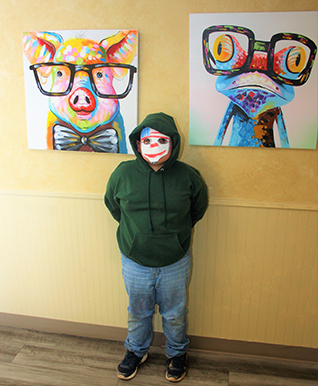 Dominic in a mask he made during school

Over the past year and a half, Dominic has continued moving forward with his development. However, something else happened not long after arriving at CCGC. One day at afternoon pick up, Jodi was waiting for him when he walked out of school with a huge smile on his face, talking with other kids – something that she had not seen him do before when he was in public school. “I broke into tears,” said Jodi, “because I knew he had a good day.”

If you know a child like Dominic, who could be happier and more successful with the support of special services like those at the CCGC School, remember it is never too soon (or too late) to reach out, and start that child on a journey towards improved mental health, as well as a brighter, happier future.

Help Children Like Domenic Get the Support They Need